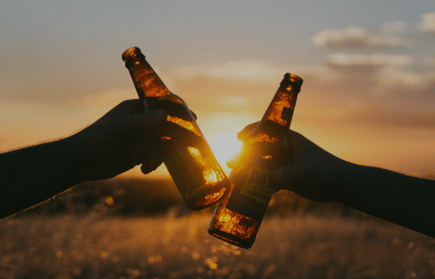 Have you ever heard the saying: The whole is greater than the sum of its parts? This old adage is often used nowadays to highlight the advantages and opportunities of teaming up with other people in a business context. Realistically speaking, however, a business partnership rarely comes without its risks. If you are thinking about partnering up with others, you should carefully consider both the potential risks and benefits.

As lawyers practicing in the area of business law, we often get asked by our clients how to limit the risks involved in a business partnership. In a rush to get a new business start-up off the ground, the answer can be easily overlooked.

The reality is that if you want to avoid extensive legal problems in case you and your business partners have a falling out, you should really consider a shareholders’ agreement.

What Is a Shareholders’ Agreement?

Defining a Shareholder’s Responsibilities and Expectations

Mark Cuban, a well-known American business owner and entrepreneur once said: “Businesses don't fail because of a lack of capital. They fail because of brains and effort”. It is likely that when you and your business partner first set out to create a new, potentially groundbreaking company, neither of you will be able to contain your enthusiasm and motivation. While you can certainly vouch for yourself, however, can you be sure that your partner will be equally willing to contribute the same amount of “sweat equity” as the time passes, challenges mount, and the successes are few and far between?

A shareholders’ agreement is an important tool to help define both the responsibilities and the expectations the partners have with regards to their work and contributions. The agreement can specify the amount of financial contributions the partners are expected to make over a period of time and how much time and attention each partner will be required to devote to the business. Making your expectations clear from the very start can help you maintain a productive relationship and avoid conflict despite all the pressures doing business together will inevitably entail.  And, if someone fails to uphold their end of the bargain, the agreement provides a mechanism for dealing with this such as buy out rights.

You are going to share sensitive and valuable information with your partners from ideas to plans to trade secrets. It may also encompass the data regarding your company’s financial performance and growth opportunities. In addition, a shareholder can have easy access to other kinds of potentially profitable resources - such as a database of potential employees, clients or business contacts. All of this information can potentially be taken unfair advantage of by your partners – don’ think it can’t happen, because it can and does.

Restrictive covenants aim precisely to minimize this risk. These are standard provisions that impose certain restrictions on a shareholder to prevent him or her from using company resources for their own benefit or setting up a competing business. Restrictive covenants usually include a confidentiality clause as well as non-compete and non-solicitation clauses.  They impose obligations on the shareholders, while they own shares and for a certain period of time after they sell.

A confidentiality clause imposes an obligation on a shareholder not to disclose or use confidential or proprietary information of the company for his or her own benefit. Adding a non-compete clause to the agreement will restrict a shareholder’s ability to compete, directly or indirectly, with the company.  These provisions usually cover a range of activities including operating, owning, investing or lending money to a competitive business for a certain time and within a certain geographic area. Similarly, a non-solicitation clause restricts a shareholder from personally dealing with customers and employees of the business on their own outside of the company.

With two or three people at the helm instead of just one, you inevitably let go of some of the authority to make important decisions about the company’s current operations and future direction. In order to avoid conflict and streamline the decision-making process, you can put certain provisions in the shareholders’ agreement that will make clear the scope of the authority each of the partners will have and set thresholds for making important or fundamental decisions.

For example, the agreement may define areas in which the partners can make decisions without consulting the other shareholder as well as matters in which all or a certain percentage of partners must agree on before making a call. In addition, the agreement may also grant more authority to certain shareholders, for example, those who contributed more financial capital to the business - but it can also state that both have the same decision-making power regardless of their financial contributions or based on other important factors.

Unexpected Events and the Sale of Shares

Even if you and your business partners are enjoying a stellar relationship, unexpected events such as death, disability or even a shareholder’s divorce can seriously jeopardize both the stability of the company and your own financial interests.

If your partner suffers an untimely death, for example, his or her shares in your company will most likely go through the probate process and be distributed among his or her heirs. Similarly, if your partner’s marriage collapses and they decide to get a divorce, due to the principle of property equalization, their ex-spouse may become entitled to some of the shares. In both cases, then, you’d end up in business with a person or people whom you may not necessarily know or like and who may not be able to contribute to the company in the same way your original partner was.

Another set of unexpected events that can trigger the necessity of a transfer of shares relates to a shareholder’s bankruptcy/insolvency or default. A shareholders’ agreement may give the company or its shareholders an option to purchase the shares of a shareholder who has declared bankruptcy or has defaulted in their important obligations to the company such as working full time or otherwise as agreed.

These buy out rights (referred to as call options) can offer a stabilizing force when life circumstances threaten to disrupt the operations of a company.

If you know anything about divorces, you realize that they can easily turn into prolonged and bitter legal battles. One way to ensure that the soon-to-be-ex-spouses don’t get at each other’s throats is to sign a marriage contract. Of course, many people would rather not think about the possibility of divorce even before the marriage has started, though, and so they opt out of a prenup.

A business partnership, just like a marriage, may come to an end due to a breakdown of the relationship between the shareholders. When you and your partner no longer see eye to eye and when your differences have become so serious that it is impossible to maintain a productive relationship, one of you leaving the company may be the only viable solution left.

The ultimate divorce provision in a shareholders’ agreement is called the shotgun clause. By the virtue of this clause, a shareholder has the right to make an offer to the other shareholders either to buy or sell their shares as well as set the price and establish the terms of such purchase. He or she then issues a notice to the other shareholder who may choose to either buy the shares accordingly or sell their shares in accordance with the terms and at the price set. As drastic and scary as this procedure may seem, it may be an effective way of settling irreconcilable differences.

Ready for Your Own Shareholders’ Agreement?

If you think it’s time to sit down with your business partner or partners and draw up a shareholders’ agreement, bear in mind that it’s really not a do-it-yourself exercise. Businesses vary widely - and so do the needs of the shareholders. In order to make sure that your shareholders’ agreement will adequately reflect your needs - as well as those of your partners - and properly protect you, it is always best to first consult an experienced lawyer.  Ordower Law can help.  Feel free to contact us.

Never miss an update! Subscribe to our blog here